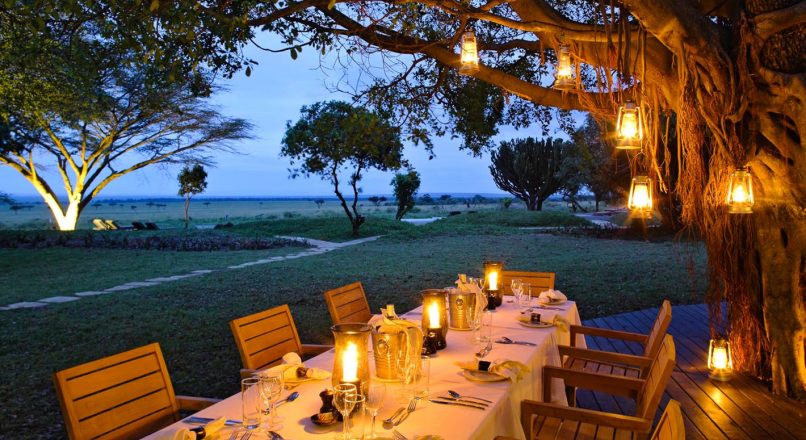 This 5 Day Luxury Safari allows us experience the highlights of the Northern Safari Circuit. We experience breathtaking wildlife in the midst of diverse landscapes; monkeys in the forest, lions in the trees, elephants amongst the acacias and a huge variety of animals inside a collapsed volcano. We also visit The Serengeti National Park, home to some 3 million animals. These spectacular grass plains offer the best opportunity of viewing cheetah, leopard, and lion, in the true wild.

You will be picked up at the airport or hotel and driven straight to your accommodation in Arusha. Arusha is served by two airports. Kilimanjaro International Airport (JRO) is approximately 60 km (45min) from Arusha city centre. Arusha Municipal Airport (ARK) is on the outskirts of Arusha but only runs domestic flights, mostly to Zanzibar and Dar es Salaam.

After breakfast our safari guide collects us from our lodge for the drive to Tarangire National Park (approximately 2 hours). Tarangire, best known for its elephant families, savannah, iconic baobab trees, and seasonal swamps, is so named for the life-giving Tarangire River. Animals gather at the river and giraffe, bushbuck, and hartebeest, are often seen. The Park, also home to buffalo, zebra, and wildebeest, all of whom are closely attended by a range of predators, Simba the King, and his cousin, the leopard. From the open roof of our state of the art Safari Truck we will be able to absorb the landscape and watch the wildlife. We enjoy a picnic lunch in the park, which includes a delicious varied repast, coffee, and soft drinks. After a full day soaking up the sights of the park, we drive to our lodgings where we take the opportunity to relax, enjoy dinner in aesthetic surrounds, and retire to our well appointed quarters when the spirit moves us.

After an early breakfast, we boot up and head out towards the Ngorongoro Crater, the world’s largest volcanic caldera. Almost 20 km wide, approximately 600 m deep and known for its large variety of wildlife, the caldera, formed at the explosion of a volcano some three million years ago, was once taller than Kilimanjaro. A self contained paradise, the caldera hosts an abundance of the finest animal life on the planet. In addition to the Big Five the various springs attract animals such as wildebeest, gazelle, reedbuck, and more than 500 bird species. At approximately 1400 hrs we head towards the Serengeti, arriving at our lodgings in a high grade tented camp at roughly 6:00 p.m. The Serengeti National Park, the Serengeti, ‘Endless Plain’ in Maa, the tongue of the Maasai is the largest park in Tanzania and home to diverse landscapes and habitats such as grassy plains, swamps, lakes, savannah and mountains and all of the creatures there inhabiting.

We will once more enjoy an early breakfast and set off on our game drive at about 6:30 am, spending 6-7 hours exploring this incredible park. The Serengeti is the habitat for an abundance of wildlife, such as impala, buffalo, crocodile and hippo, but is more well-known for its great migrating herds of zebras (two hundred and fifty thousand), wildebeest (one and a half million!), and antelope (half a million). The animals’ trek is determined by the rainfall and varies from year to year. Apart from the migrating herds, we may see predators, such as leopard, cheetah, and lion, plying their rough trade. At roughly 1400 hrs we head back to Karatu, arriving at our, carefully selected by us for excellence, mid range partner lodge for dinner in an excellently appointed restaurant, with a pool for relaxation if desired, a digestif by the fire below the endless African sky perhaps, and our capacious quarters awaiting us for a night of ease and dreams of wild cats!

After breakfast we make the short drive to Lake Manyara National Park. Manyara, a relatively small but diverse park 120 km west of Arusha, is so named for the shallow salt lake that occupies a good seventy percent of the parks lands. Flooding and drying seasonally, this soda lake is home to thousands of flamingo and over 500 other bird species. On our exploration of the park we will see monkey, giraffe, zebra, wildebeest, buffalo, elephant, and with some luck, lions lounging in the trees. The park is known for its diverse landscapes; not only open grassy plains, but also primate-filled woodlands and baobab dotted cliffs. We return to Arusha after lunch, our adventure having here come to its inevitable close, arriving at roughly 5:00 p.m.