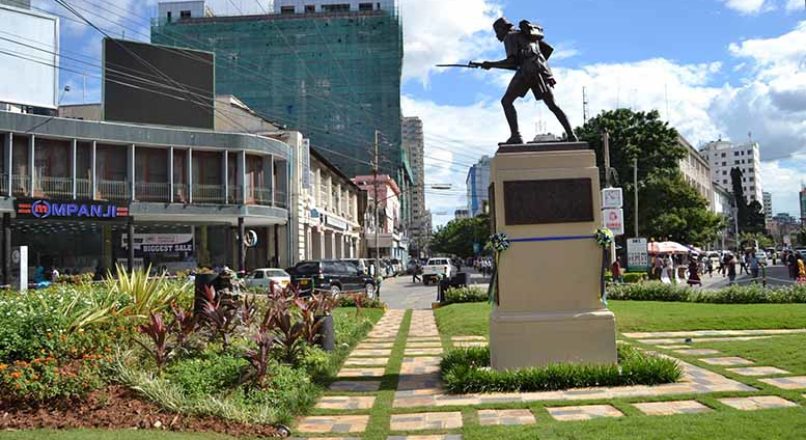 Dar_Es_Salaam is the largest city in Tanzania, and is a popular stopping-off point for tourists on the way to Kilimanjaro or Zanzibar. Although it has not yet gained recognition as a place of tourism.

Dar es Salaam is host to the National Museum of Tanzania (which holds the Leakey fossils), and also the Village Museum, which celebrates the traditions of the 18 tribes of Tanzania. In addition, it can boast of its own recent history, which is as intriguing as anything else in Tanzania.

Dar es Salaam is a thriving city on the coast of Tanzania, but it is of surprisingly late origin. It was only ‘imagined’ in 1862, by the Sultan of Zanzibar.

Until then, the harbour on which Dar es Salaam is built was unoccupied, although a small village known as Mzizima lay along the coast.

The Shomvi people of the area farmed the nearby land, specializing in skills such as fishing and building boats, but also participating in slave-trading and ivory selling – activities which shaped the fate of the region during the 19th century.

The building of Dar es Salaam – supposedly meaning ‘harbour of peace’ – was begun in 1865-6. Arabs and Indian traders were encouraged to settle there, in order to develop the trade which the Sultan Majid saw as vital to creating his desired city.

In fact, the town struggled to survive at all in the early days, due to lack of labour and a reputation for illness. The sultan died in 1870, and his successor left the place to decay, finally selling it to the Germans in 1885.

In 1891 it became the capital of the German East African Empire, which is well known for never abolishing slavery in the area. Churches were built in 1898 and 1902, built in the European Gothic style, although there were few converts to Christianity in the area.

Dar es Salaam was widely considered to be a jewel in the German Imperial crown. During the First World War, the British bombarded Dar es Salaam, but the town did not suffer until 1916, when British troops occupied the town.