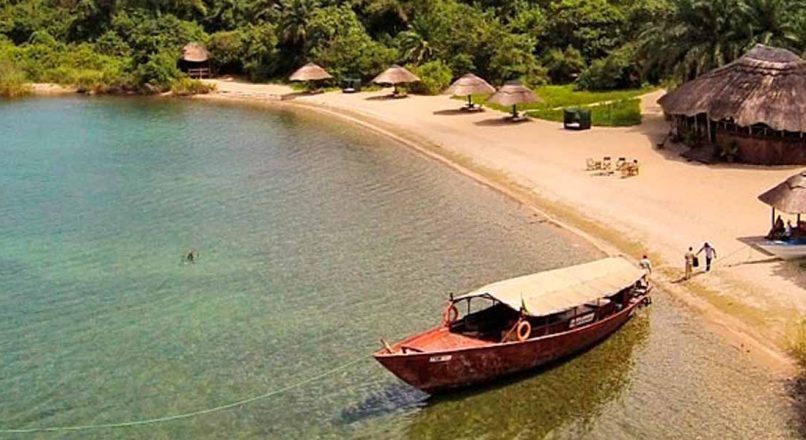 There are places in Africa where the world seems a distant place, where time is of no consequence, and where the natural beauty is awe-inspiring. On the shores of Lake Tanganyika, on the western reaches of Tanzania is the Mahale Mountains National Park, remote and hauntingly beautiful. It is here where the best Chimpanzee interaction in Africa can be had.

The Chimpanzees of Tanzania were made famous through the studies of Jane Goodall in the Gombe Stream National Park on the northern reaches of Lake Tanganyika. It was in Gombe where Chimpanzees were first recorded using tools to catch food when Goodall observed the animals using sticks to attract termites before eating them.

The Chimpanzees of Mahale have remained relatively unknown compared to their northern compatriots despite being studied for more than 35 years by scientists from Japan. The scientists have managed to habituate some of the groups to human presence, although a ten meter gap is strictly enforced when viewing the animals.

The tourism development in Mahale has been kept to a minimum, adding to the feeling of remoteness when visiting the park. In fact there are only three lodges and a camp site servicing the whole park, including the now legendary Greystoke Mahale. Set on a white sandy beach on the shores of Lake Tanganyika and framed by the incredibly beautiful backdrop of the Mahale Mountains, Greystoke is easily one of the most dramatic lodges in Africa.

Mahale can only be accessed by boat or by air, with the airstrip outside the park. Boats usually bring in guests from Kigoma in the north, with rides varying in time according to the craft used. Getting to Mahale may take some doing but once there the atmosphere embraces and all anxieties disappear to be replaced by a feeling of peace unlike any place on earth.

Of Humans And Chimpanzees

Due to Chimpanzees sharing 98% of our DNA they are very susceptible to human viruses and strict rules are applied when visiting Mahale and the Chimpanzees. People with cold symptoms, or any viral infections, are not allowed to be part of the Chimpanzee trekking. Masks are issued to everyone, which have to be worn when in the vicinity of Chimpanzees as a precautionary measure in case of transfer of virus to the animals.

See accommodation in Mahale Mountains National Park on the shores of Lake Tanganyika.