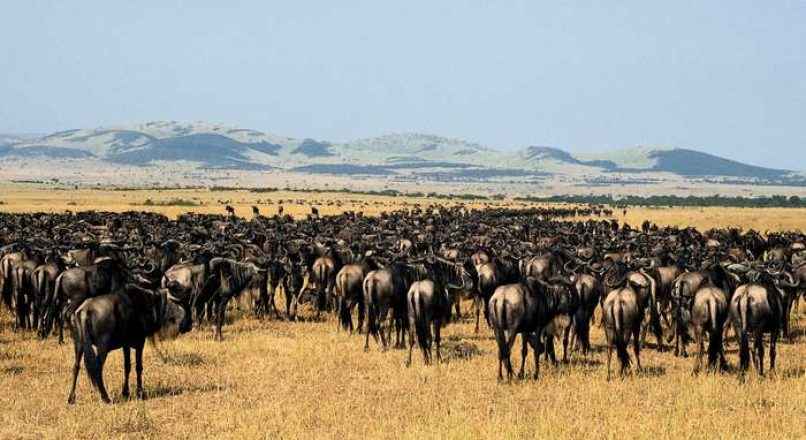 The tourism sector is slowly picking up as hundreds of Kenyans visit the Maasai Mara Game Reserve to watch the great wildebeest migration, which is currently at its peak.

Camps and lodges are already experiencing a surge in the number of domestic tourists despite the Covid-19 crisis, with over 300 people having registered their entry into the reserve at the Sikinani gate in less than a week.

An official at the entrance to the park said convoys of vehicles, bringing in diplomats and Kenyans to watch the migration from Serengeti to the Maasai Mara, have been streaming in daily.

While only seven tourism facilities in the Mara have got permits to resume business, a spot check by the Nation showed hotels outside the protected area and neighbouring trading centres are open.

The seven facilities had met “all Covid-19 containment measures, including staff testing and fumigation of premises,” Mr Tunai said. More will get permits as “health and security teams are on the ground to enforce the measures.”

The governor said officials from the public health department will continue regular inspections to ensure high hygiene standards are met, even as hotels, camps and tour organisations continue to test their staff.

Matira Bush Camp directors Antony ole Tira and Monica Brown said they are targeting local tourists coming in to witness the spectacle, dubbed one of the new wonders of the world.

“We have an exclusive offer of Sh9,500 to local tourists during these tough times, down from the sh28,000 we usually charge during this high season,” Mr Tira said.

At the same time, some of those touring the reserve are seeking alternative cheaper accommodation in hotels and lodgings in Sikinani and Talek.

“We’re now renting our rooms at between Sh2,000 and sh3,000 to visitors who are not able to stay in high-end hotels inside the reserve,” Mzee Kipeen ole Sayiale said.

Most properties in the Mara and across the country were forced to shut their doors following government restrictions aimed at curbing the spread of Covid-19.

Normally, the migration marks the beginning of the international tourists’ annual peak season, but domestic tourists will enjoy the spectacle until August 1, 2020 when international flights are expected to resume.

According to Mara Hoteliers Forum Chairman Fairman Muhingi, the over 200 lodges and tented camps in the greater Mara are banking on local tourism.

But he said they are hopeful that business will pick up with international flights resuming next week.

“We expect business to start picking up by mid next month when the airspace is opened, but already we have received slightly over 200 to 300 Kenyans after the cessation of movement was lifted by President Uhuru Kenyatta,” he added.

Read the original article on Nation.