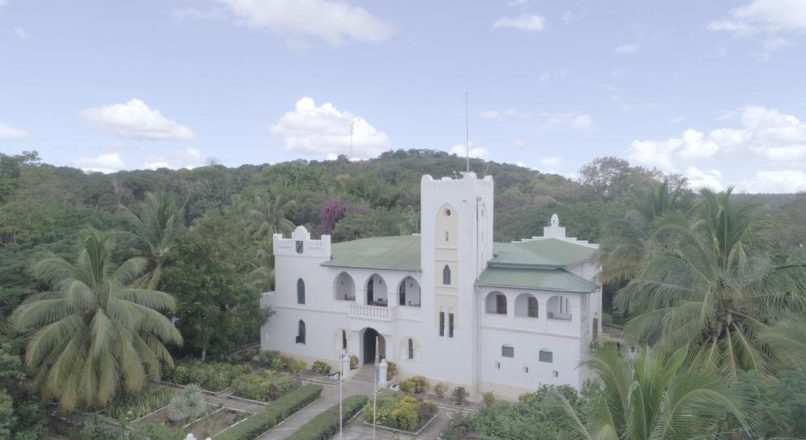 Mtwara (Portuguese: Montewara) is the capital city of Mtwara Region in southeastern Tanzania. In the 1940s, it was planned and constructed as the export facility for the disastrous Tanganyika groundnut scheme, but was somewhat neglected when the scheme was abandoned in 1951.

The city is spread out over a large area planned to accommodate up to 200,000 people.

The present population is around 80,000. As part of the development associated with the failed Tanganyika groundnut scheme, Mtwara features a deep-water port that can accommodate ocean-going vessels, and a range of large municipal buildings, including a post office. Recent improvements in the port made it possible for big container ships to berth there.

Mtwara has reasonable transport links considering its remoteness in southern Tanzania. It is linked by paved roads with Dar es Salaam and Lindi to the north and Masasi inland and by partially paved roads to Newala in-land to the west.

Beyond Masasi the road is newly paved for some 60 km towards Tunduru and the Unity Bridge which provides a crossing point to Mozambique.

The A19 links it with Mbamba Bay on Lake Malawi in the west. It features an airport with a paved runway that can accommodate medium size passenger jets. Precision Air runs a daily morning flight between Mtwara Airport and Dar es Salaam and Air Tanzania offers a flight in the afternoon.

The flight time is around an hour. Facilities for landing do not allow for planes to use the airport when it is hidden in mist.

Mtwara serves as the access point for a small but growing tourism industry based in nearby Mikindani. New roads of a good standard were being built in 2013 within the city. Most of the roads have never been sealed.

There is a choice of bus companies which provide daily services between Mtwara and Dar es Salaam. Also regular buses connect with Masasi, the biggest town inland from Mtwara.

The port is the third largest ocean port in the country and was built as part of the failed Tanganyika groundnut scheme. The port was neglected for many years, however with the recent economic boom in the region, the government has spent funds for the upgrade of the port.

Recently the port has seen added activity due to the construction of the Dangote cement factory and increased gas exploration activities.

The port in the future is planned to facilitate exports such as Cashew nuts, Iron, Coal and Gas. The port also has an Export Processing zone to facilitate the manufacturing industry in the area.