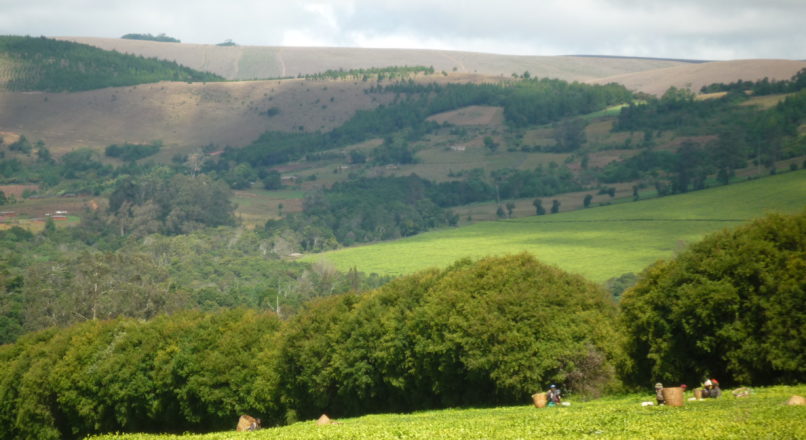 Njombe Region is one of the 31 administrative regions of Tanzania. It was established in March 2012, from the Iringa Region as an independent region. The region’s capital is Njombe town.

The newly established Njombe region is an upcoming tourism attractive area, ideal for domestic and international visits in the southern highlands of Tanzania.

The name Njombe originated from a name of a tree species called ‘Mdzombe’ for singular and Mazdombe for plural which then dominant in one of its localities known as Mdandu. And it was in Mdandu where the Germans chose to build an administrative and defence block; the Boma.

Best for tourist investment, this region stands among as a competitive region for tourist development by its diversified natural and historical attractions.

Identified among the top attractive sites in this region are the Nyumba Nitu natural forest, currently under conservation and management of local communities.

Nyumba Nitu, meaning a Black house, consists of natural caves and a natural forest located at Mlevela village in Mdandu ward, some 15 kilometers away from Njombe Township.

The forest has its root from Nyumba Nitu caves, since the caves are very dark for one to see and they are associated by the myth of black cows which dwelt in the cave.

Inside the caves, local Wabena people hid or took refugee during tribal wars between rival Wahehe fighters during Chief Mkwawa conquests in Iringa region, way back in last quarter of 19th century. The caves also provided safe hideout from German forces during the Maji Maji uprising.

A miracle rock or a big slab stone is the other, unique attraction in Njombe region. Known as “Lwivala Stone”, or Glittering stone, the slab-rock has a feature similar to a map of Africa. It is located in Lwivala natural forest which local communities perform rituals and traditional ceremonies.

This 7.5-acre rock is grown with short grass with glittering outgrows during rainy season. There are some unreadable inscriptions which local communities believe to have appeared naturally. It is located in Igodiva village, about three kilometres from Nyumba Nitu forest.

Cattle and tea estates are the other attractions pulling tourists to Njombe region. Excursions and walking through expansive tea and cattle estates provide a scenic view of the southern highlands of Tanzania.

Luhuji waterfall in Njombe town is a thrilling tourist attraction, best for filming and picnics. Located in Luhuji River, the waterfall and rocks provide beautiful scenery for international film or movie makers.

Old buildings including a Catholic Cathedral and a Lutheran church are other attractions available in Njombe town. A memorial monument to honour Africans who fought the Second World War is found in Njombe,

bearing inscriptions of the veterans who fought under the command of King’s African Rifles (KAR) of the British Army.

A grave of the local Wabena warriors killed during the Maji Maji war in 1906 is found in Utengule village. The grave bears hundreds of bodies of the fallen locals who were killed by German forces.

New in administration, Njombe region boasts with several attractions which are still under development and exploration. Lake Nyasa beaches in Manda, beautiful scenery of the Eastern Arm of the Rift Valley escarpment and village settlements are tourist pulling magnets in the region.