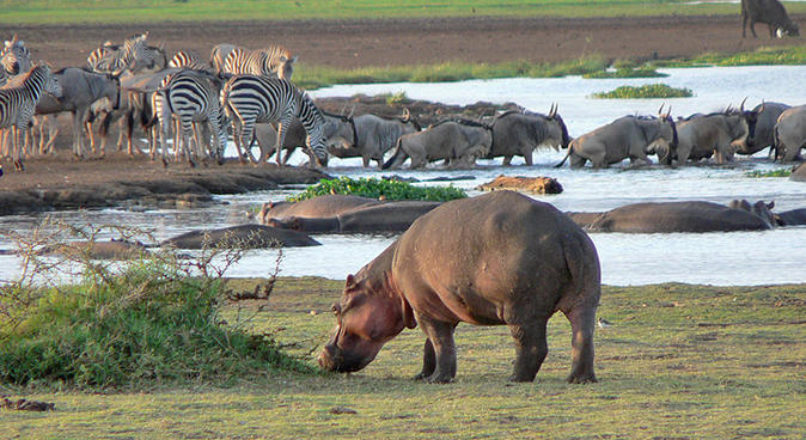 It is 2 years since I was last in Tanzania and, by chance that safari had also been timed to coincide with the wildebeest migration.

This trip would be much shorter though, just 6 nights on safari before a couple of days relaxation on Zanzibar.

Our itinerary was as follows:

Arrival formalities went smoothly. Visa on arrival was straightforward, apart from local reps constantly pushing to the front of the line with a handful of passports and a German woman who was trying to explain to the immigration official that she did not have a visa but she had come to stay in Tanzania for a few months.

We were met by our guide, Fredy, after baggage reclaim, and shown to our vehicle. Because our safari was a combination of road travel and game drives, we’d be using one of the ubiquitous Land Cruisers that are the staple safari vehicle in Tanzania. An extended body with 6 seats, sliding side windows and a roof hatch.

On our way to Arusha, the heavens opened and we were treated to a torrential downpour. We reached Arusha to find a carpet of white on the ground. At first I thought it was blossom that had been blasted from the trees by the rain, but quickly realised that it was in fact hail stones.

Arusha was awash; with torrents running in all the gutters and potholes hidden under vast puddles. The traffic had all but come to a standstill and it took us an age to get across the city.

At one point, as we sat locked in traffic, a young lad approached the car and tried to sell us a bottle of ‘barafu’, Swahili for ice. He’d filled an old Fanta bottle with hailstones.

The delays meant that we didn’t have time to stop in Mosquito Town, Mto wa Mbu, and reached our lodge at about 6 pm.

Kirurumu Tented Lodge – Lake Manyara is a good lodge at a good price. It is located in a forest on a cliff top. The rooms are well spread out, very well spread out and some involve quite a hike from Reception. But there is a reason for this, every room has a view from the cliff top out over Lake Manyara.

The bar is also well laid out with views over the forest to the lake.

The rooms themselves are very large, with comfortable beds and a decent sized bathroom. The layout of the lodge means that the rooms are very private, you can only get glimpses of the next door rooms through the trees. Each room has a private verandah overlooking the forest to the lake.

I wish we’d arrived a little bit earlier so we could have enjoyed the views.

Food was good, without being outstanding. A decent 3 course dinner without frills and a good breakfast buffet. Plenty to eat. 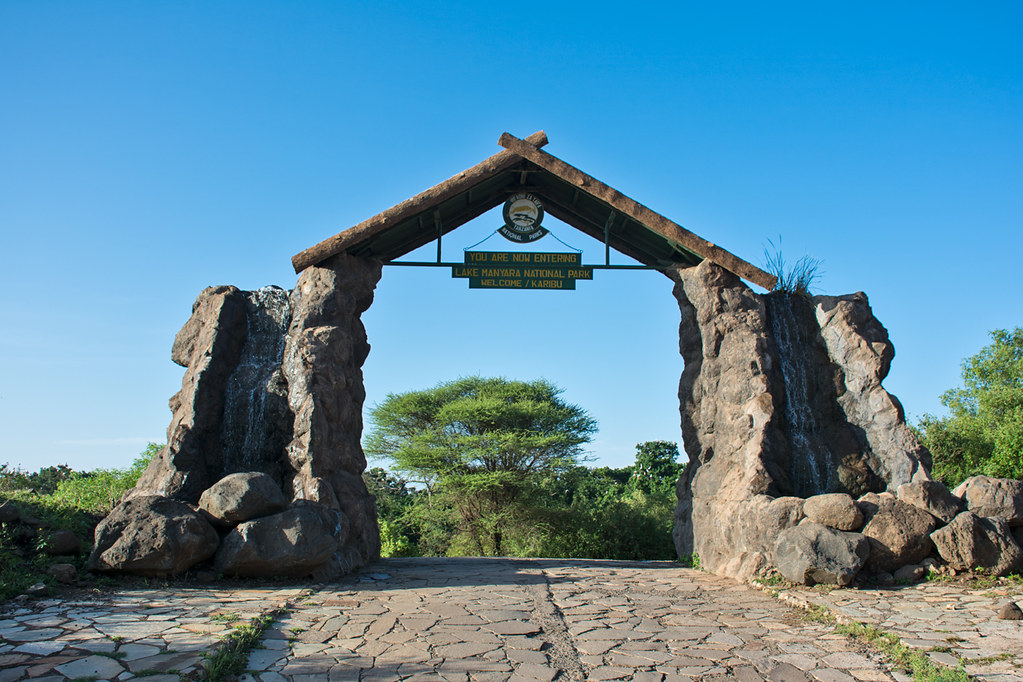 Although it is 2 years since my last visit to northern Tanzania, I had not been into the Lake Manyara NP since 2003. Mainly because the feedback from clients suggests that they find it disappointing and no-one wants to waste one of their precious safari days staying there.

The park is, and seems to have always been, promoted as the place to see tree climbing lions. This does Lake Manyara NP a disservice.

I have seen tree climbing lions, in Masai Mara and at Lake Nakuru, but never here. But because they are promoted so relentlessly people expect to see them and are disappointed when they do not; this expectation has a negative effect on their perception of the park.

But whilst the chances of seeing lions in trees is slim, Lake Manyara does have a lot to recommend it, especially if you like birds. A keen birder should have no trouble collecting 100 species in a day.

My travelling companions had not been to Tanzania before and were keen to see as many places as possible, so Lake Manyara was on our itinerary.

The trees by the entrance to the NP are covered in Yellow-billed Storks. When we flew over on our way back to Arusha I could see that there were even more than I had thought. All the tree tops along the edge of the park by the road were full of them.