Reason to Visit Tanzania in 2020 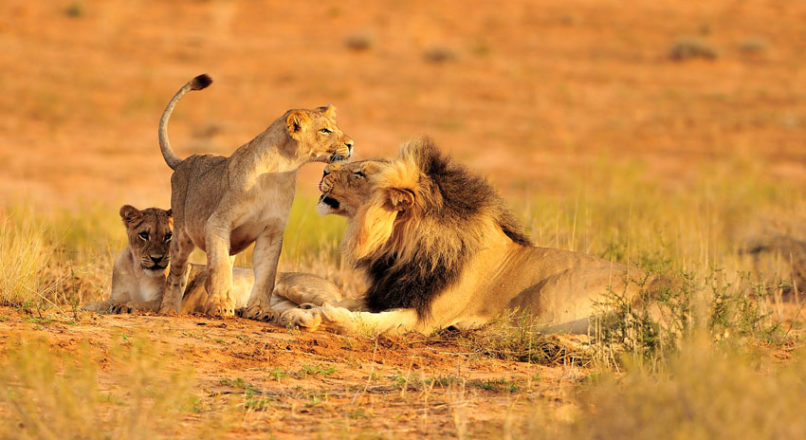 Reason to Visit Tanzania in 2020

It is called Tanzania, let us go through reason to Visit Tanzania in 2020. Tanzania has never disappointed anyone! you do not have to think too much about decision to come to Tanzania, the only thing you have to think is how and through which operator.

The magic of Tanzania is hard to beat as is the fabulous number of holiday options it presents. With choices ranging from awesome safaris among African wildlife, the peaceful surrounds of the beautiful lakes, the highest mountain in Africa, Cultural activities, and a simple stroll through the eclectic Stone Town, here are some of the many activities one of the most stunning regions of East Africa has to offer.

The people of Tanzania are kind, and simply amazing, apart from Wildlife, Mountains and other Natural attractions that Tanzania can offer, do not forget to spice up your Holiday with at least 2 night of cultural activities “Get to experience local life” get to know the people of Tanzania, and this can be done before or after your Safari, preferable before.

For cultural activities and get experience with the locals, You can be accommodated in a nice area where you will have opportunity to experience local life in full and at least understand how the people of Tanzania lives. 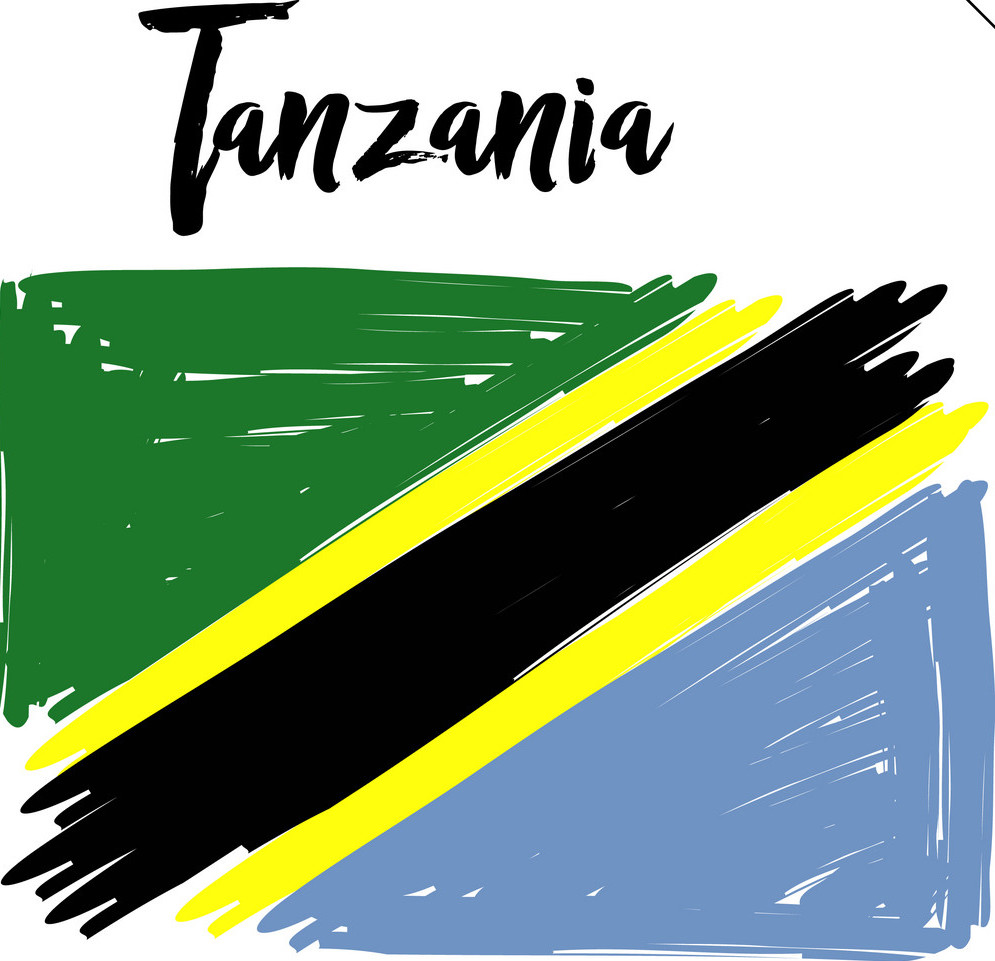 Vising to Tanzania will cost you money, and time, and so I advice that you do it when you are real ready to do it, and do it properly. If you dont have time, you can still visit and enjoy, but here I am talking about someone who plan to come over for a Holiday purpose only.

The good number of days to come to Tanzania for the first time is: 14 Days (Combine Safari & Zanzibar), or may be Kilimanjaro depending with your interest.There are so many National Parks in Tanzania, speaking of 14 days I mean covering only the Northern part of Tanzania, and may be later coming for the second time for the rest for Example: Ruaha National Park and Much more

Most people visit Tanzania to throw themselves into the abundance of wildlife for which the country is renowned. The northern safari circuit is the most often travelled and offers some of the world’s most diverse safari experiences including the lush and abundant Ngorongoro Crater, the world famous Serengeti National Park, and the beautiful wilderness of Tarangire National Park.

The southern parks are more remote and generally offer game drives in open-sided vehicles as well as walking safaris and boat cruises and allow for a more intimate safari experience.

The Oldupai Gorge Archaeological Site is the most important of its kind in East Africa and situated within the Ngorongoro Conservation Area. It holds the remains of the earliest humans ever found and were first discovered by archaeologists Louis and Mary Leakey in 1959. The first skull discovered was named Zinjanthropus, or ‘Nutcracker Man’, and is believed to have lived about 1.75 million years ago.

Other important finds include Homo habilis and the Laetoli footprints. Archaeologists continue to work on these excavation sites during the dry season and they have been preserved for public viewing. At the top of the gorge there is a small museum, cultural boma, and market selling Maasai souvenirs.

Changuu Island also known as Prison Island lies about 30 min by boat from Stone Town – Zanzibar. The island was formerly owned by an Arab and saw use for confinement of refractory slaves but no prisoners were ever housed here instead the island became a quarantine station for yellow fever epidemics.

It was bought by General Lloyd Mathews and the jail (goal) which still stands was built in 1893 and hence the name “PRISON ISLAND”. In 1919 the British governor of Seychelles sent a gift in form of four Aldabra giant tortoises to Changuu. Presently this species is considered vulnerable and has been placed on the IUCN Red List.

There is a dedicated foundation on the island which looks after the tortoises’ welfare.This tour includes a visit to the historic Prison Island with its giant land tortoise. While on the island you will be able to observe and feed the tortoises, swim, sunbathe and snorkel. 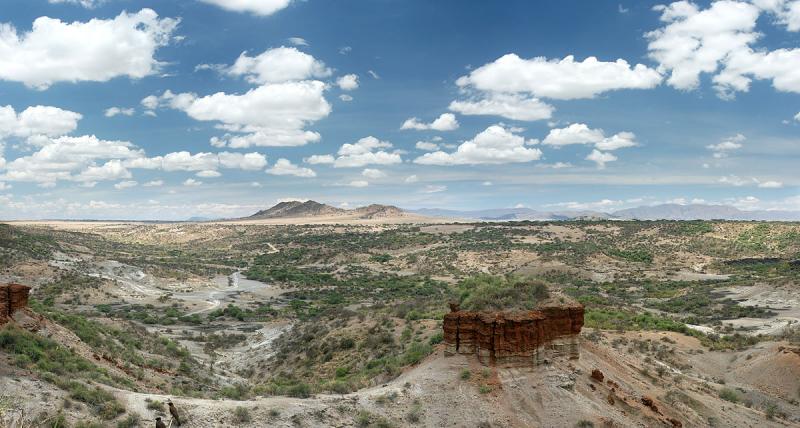 While most associate Tanzania with safari vehicles rather than canoes, there are a handful of beautiful places where visitors can enjoy a safari experience of a different kind. Lake Momella within the Arusha National Park offers still, calm waters that make for excellent boating conditions while the amazing wildlife can be admired on the shores of the lake. The sodium-rich lake also attracts flamingos all year around. Expect to see animals hippo, bushbuck, giraffe, buffalo, zebra, and smaller species of forest antelope.

I have been to Safari many times, and enjoy seeing the Maasai and hear about the culture, I have new people  every time, they are always happy with what they can learn in Maasai Village, ofcourse avoid the normal tourists Maasai Village and make sure that you go to a real authentic Maasai where by you will have experience and learn a lot about the culture and way of life.

You would rather pay extra and experience a real Maasai life, see how and where they sleep, how they keep their cattle, the food they eat, how the raise Children as well as the challenges they face. This is one of the very good experience, but if you go to a staged Maasai Village you will end up experiencing some performance just for you and not their real life. 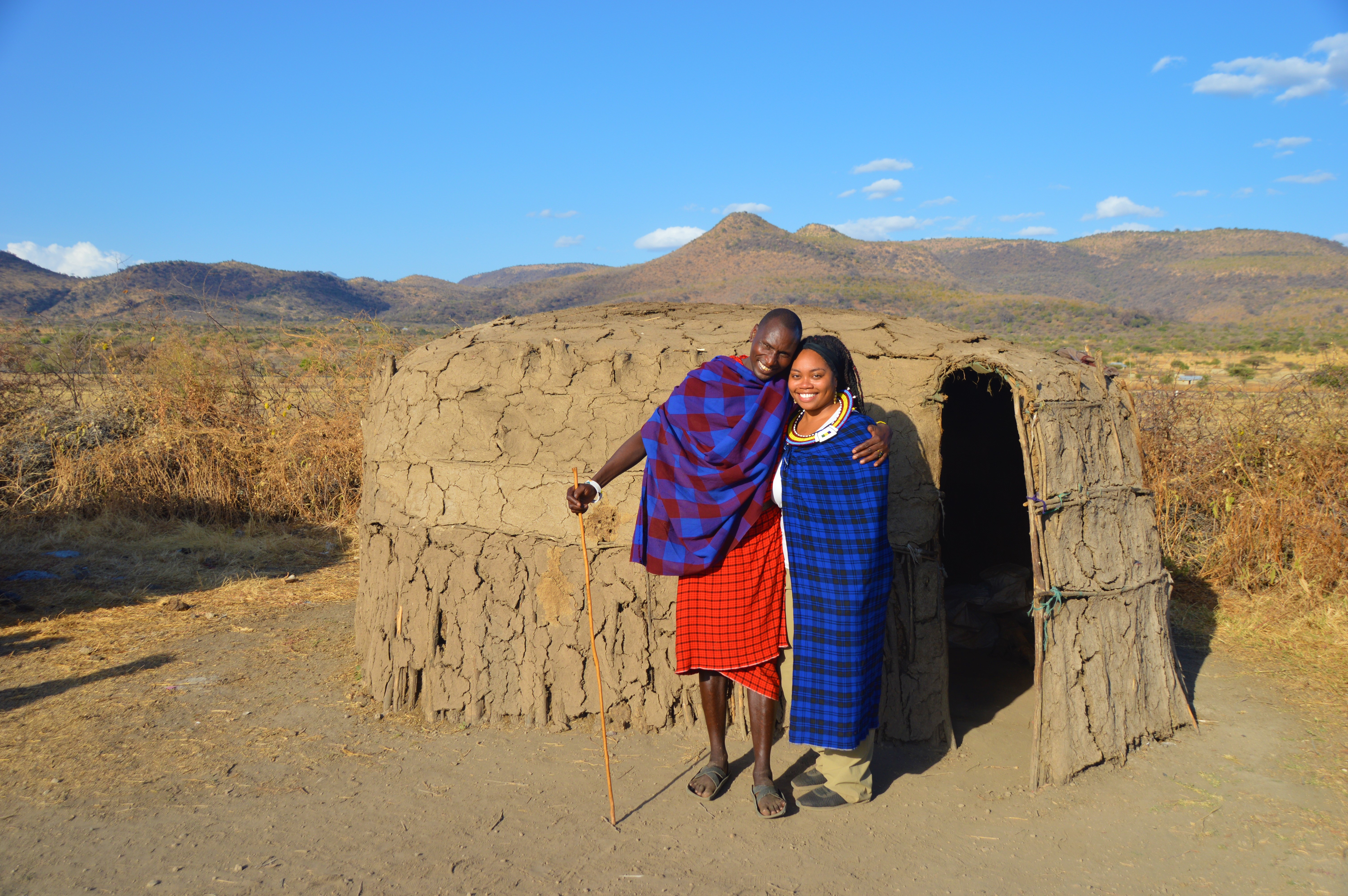 This is also one interested thing to experience in Tanzania, they are called Hadzabe. The Hadzabe are related to the Bushmen of the Kalahari and only about 1600 members remain still subsisting on a hunter/gatherer way of life.

The Datoga blacksmiths work in a very primitive environment to make jewelry and arrows for their own use as well as to trade with the Hadzabe. We spent a couple hours in each village and found it very interesting. Our local guide was Mussa who spoke each tribes local language & was very knowledgeable about their cultures

The wildlife of Tanzania refers to the fauna of Tanzania. Tanzania contains some 20 percent of the species of Africa’s large mammal population, found across its reserves, conservation areas, marine parks, and 17 national parks, spread over an area of more than 42,000 square kilometres (16,000 sq mi) and forming approximately 38 percent of the country’s territory. Wildlife resources of Tanzania are described as “without parallel in Africa” and “the prime game viewing country”

Arusha is home to this once gigantic volcano where wildlife and Maasai live together peacefully. The Ngorongoro conservation is a panoramic area, protected world heritage site and a standout amongst the most popular and in visited destinations in Tanzania. This scenic area of exceptional concentration of wild animals is considered one of the world’s most astonishing natural wonders.

The Tarangire ecosystem is one of the most energetic and diverse in Tanzania with over 700 lions, 450 bird species, and one of the highest concentrations of elephants in the world.

The park is also an incredible sight to behold with constantly changing scenery, where green savannas stream into huge, verdant marshes and gigantic termite hills litter the scene. Giant baobabs offer shade to creatures like large herds of zebra and wild ox that rush to the banks of the Tarangire River amid the dry season. 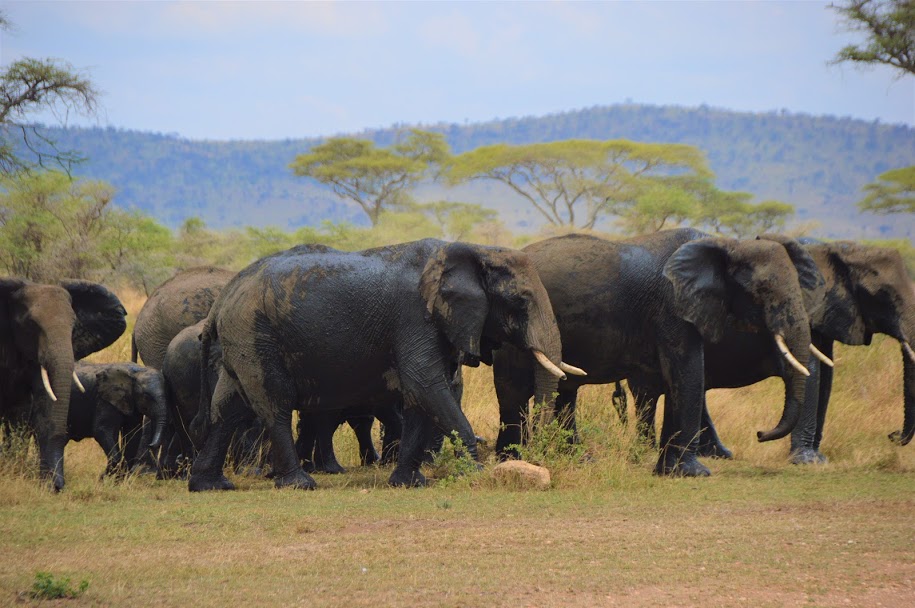 Spectacular and dominating the Tanzanian skyline, Mount Kilimanjaro is the highest mountain in Africa and also one of the most scenic. It is beaten by three volcanic pinnacles while the base is bordered by the Kilimanjaro National Park. This UNESCO World Heritage site is graced with different vegetation zones that include montane forest, moorland and grassland.

The summit has permanent glacier, which is quickly disappearing. The view of the 4,100m height cloud forests and the stands of Dendrosenecio plants are ravishing.

The Serengeti is another prominent Tanzania landscape located in Arusha. Every day exhibits an alternate picture of Africa at its classical best, with lush fields that extend on forever. Black parabolic dune formed from the volcanic ash of Ol Doinyo Lengai volcano, contrasting with the colour of the surrounding plains all makes the shifting sands of Serengeti.

Ranking high among the most recognised and popular wilderness areas in the world, the region is also famous for its picturesque beauty and birdlife that breathes life into the enchantment of Africa. 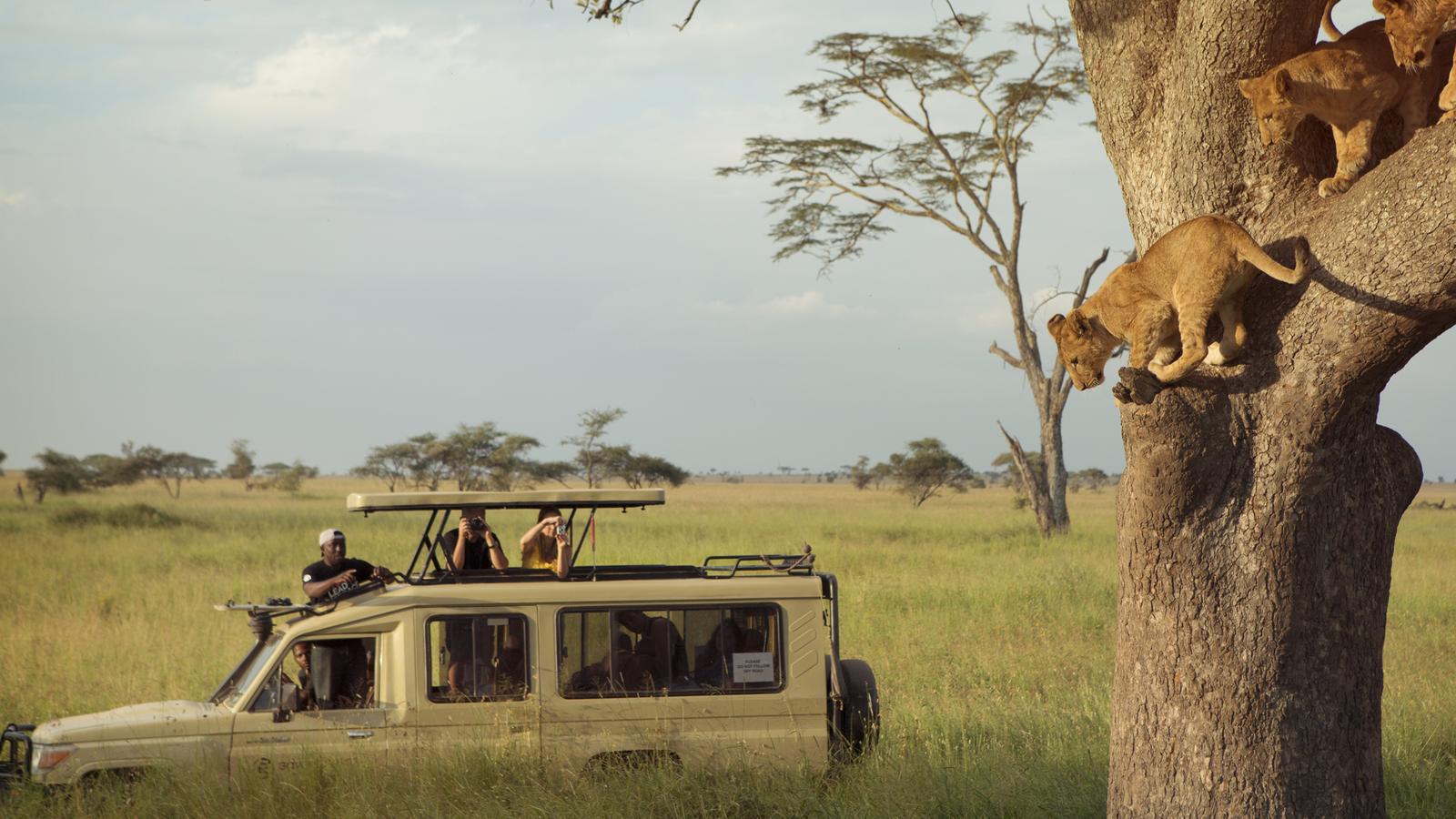 Enjoy a reprieve on the wild side and explore the staggering wild of the Usambara Mountain Reserve, an old Eastern Arc chain situated around 5 kilometers (3 miles) from Lushoto town. This remote locale of East Africa is for the most part secured with forest reserve with impressive views of the Mkomazi and Handeni fields and Mount Kilimanjaro on the skyline. Various waterfalls, climbs in the woods, and an arboretum are among the wonderful attractions of the mountain

A sensational and picturesque park holding a status for being one of the nation’s best kept game viewing secrets with a wild and unrushed feel that separates it from different parks is Tanzania’s biggest park. It is notable for its varied and excellent landscape that incorporates moving slopes, open fields, colossal baobab trees, and the immense Ruaha River. The remote and basically untouched wild scopes over a beautiful countryside where age old trees stud the slopes and rough ledges add a touch of show to the horizon.

Situated on the northern shores of Zanzibar, Nungwi features a palm bordered coastline with a golden sandy beach, several quality restaurants, luxury hotels and massage parlours. This little slice of paradise mixes together with every one of the components of a perfect beach getaway, where delicate white sand gleams in the sun and is balanced spectacularly against the shining blue ocean. Customary Dhows dab the shoreline and vivid coral reefs periphery the island.