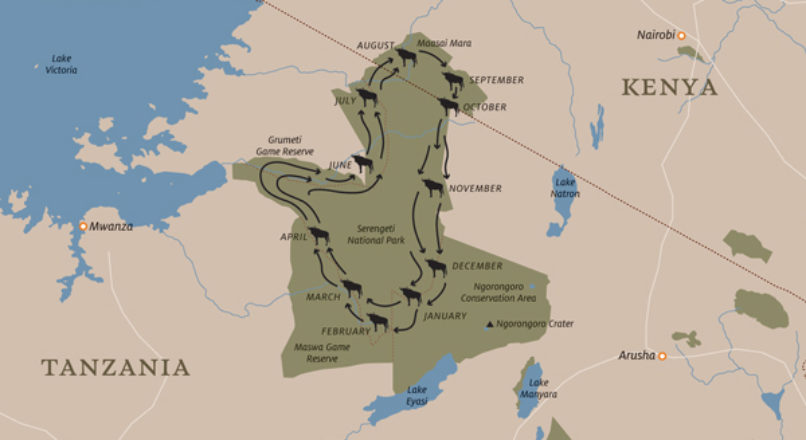 The Great Wildebeest Migration in the Serengeti is the largest single movement of wild animals in the world, deservedly listed as one of its eight Natural Wonders and an exceptional inspiration for a dream nature tour of northern Tanzania with AfricanMecca.

Around 1.5 million wildebeests, with hundreds of thousands of zebras, elands, gazelles along with a trailing retinue of predators, leave their calving grounds in southern Serengeti, around March and April, heading for the next water source.

Trekking via the south-central Seronera outskirts into the Western Corridor and Grumeti River arriving during the month of April to May and residing till June, and then finally towards the Masai Mara National Reserve in Kenya crossing the perilous Mara River around July or August onwards with a return via the same death-defying river, this time heading to the bearing of Lobo and Loliondo in eastern Serengeti around October to November. 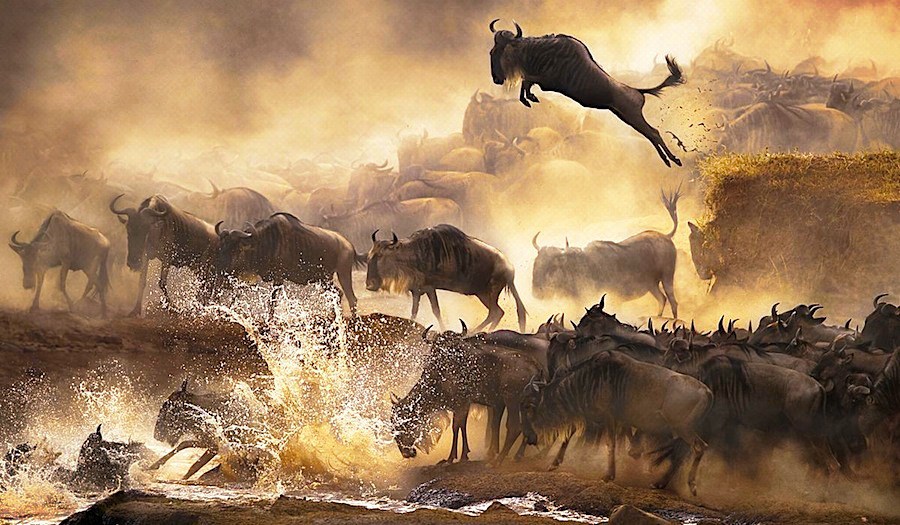 The white bearded wildebeest journey continues back to the southern Ndutu calving grounds with arrivals starting around December 2019 (Yes THIS Year) with temporary residence till March (read more on when is the best time to go to Serengeti in our other article).

The dates timing of the migration depends upon the annual rains and renewal of fresh pasture which may seasonally occur earlier or later in some years.

But the spectacle is worth the effort to make a photo safari in Tanzania as multitudes of wild gnus pour across the plains, driven by instinct or necessity in such a way that they act as one entity, pursuing their destiny, to rut, mate, dare and die on this impossibly perilous journey, which, nevertheless, ensures the ultimate survival of the wildebeest and the continuance of the Serengeti ecosystem of which they are the mainspring. 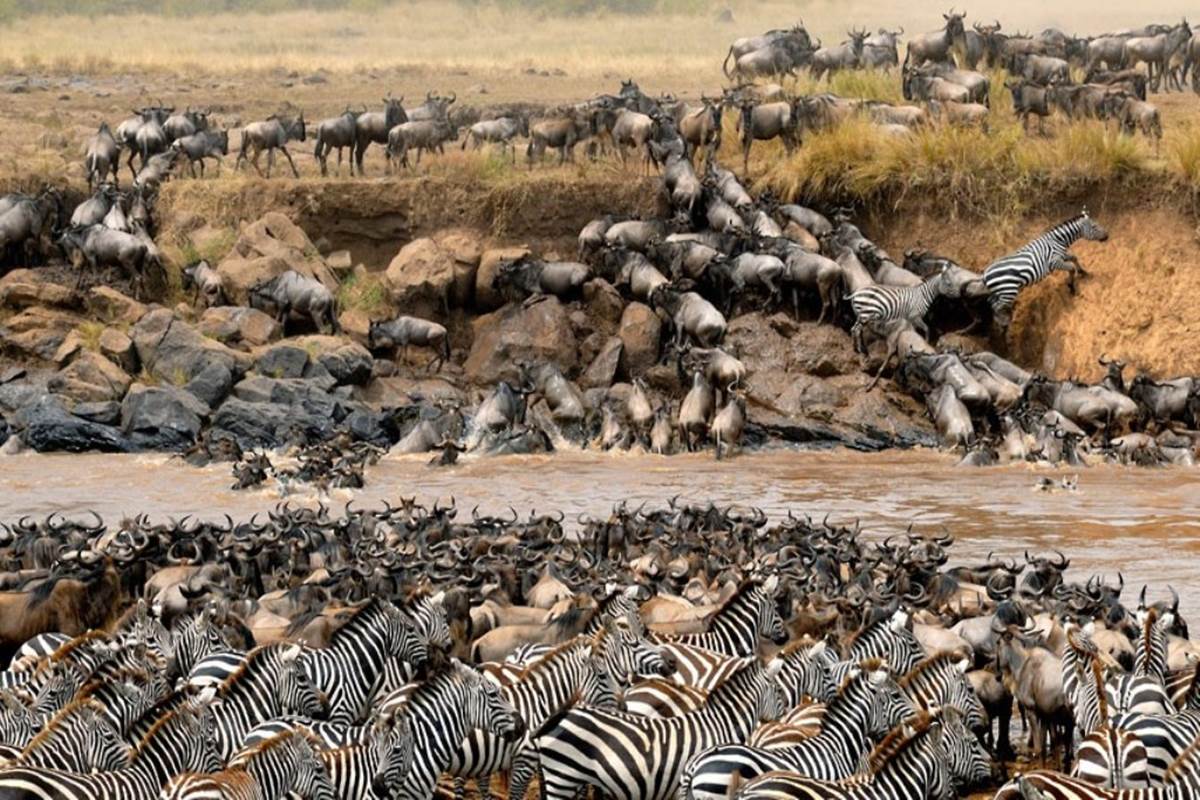 Their epic journey is one of violence and endurance as they battle onwards, past granite kopjes where cheetah or lion lie in ambush, through flood-swollen and crocodile infested rivers, over parched plains scorched by wildfires, to sanctuary in the north.

Then, homing in on distant rains, they circle back again, daring greater hazards by the same water, by exhaustion and by predators, shedding a quarter of their numbers by the wayside. To appreciate the enormity of this phenomenon, you must take part, tracking and observing from 4×4 game-viewing vehicles, filming from the ground or in the air in a hot air balloon to zoom in on the action as if the unending grasslands were your theatre with your own cast of millions acting out their ancient ritual for you alone.