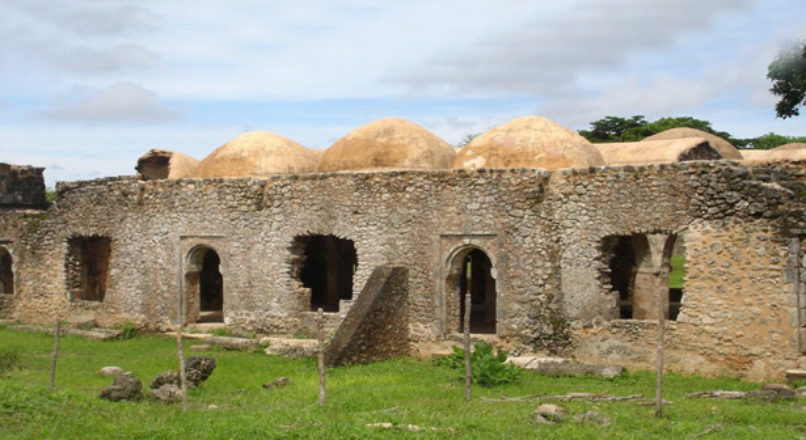 This is the Tanzania History and Ethnic  Relations of Tanzania; Tanzania was cradle to some of the earliest hominids on earth, made famous by the discoveries of Louis and Mary Leakey at Olduvai Gorge.

Bantu-speaking peoples migrated to eastern Africa at the same time that trade between Arabic-speaking peoples and coastal populations was initiated in the first centuryB.C.E.By the twelfth century, Arab trading posts were well established along the coast and on some islands.

Although Vasco da Gama landed on the East African coast in 1498, it was not until 1506 that the Portuguese fully controlled trade on the Indian Ocean.

The Arabs had been trading along the coastline for centuries when Sa’id ibn Suttan moved his capital from Oman to Zanzibar in 1840 to take advantage of the slave markets. During the early nineteenth century, Arab slave and ivory traders began to penetrate deeper into the interior of what was to become Tanzania.

In 1890, Zanzibar became a British protectorate while the mainland became part of German East Africa. The period of German rule was extremely heavy-handed; when the Africans fought back during the Maji-Maji rebellion of 1905, tens of thousands were killed.

After the defeat of Germany in World War I (1914–1918), German East Africa was made a League of Nations Mandated Territory, called Tanganyika, controlled by the British.

Following World War II, Tanganyika became a United Nations trusteeship of Great Britain. Adhering to a policy of “indirect rule,” the British government used indigenous political systems to implement their control, thereby resulting in much less open hostility than occurred during the time of German rule.

Emergence of the Nation.The birth of nationhood may be attributed to the earlier independence of other African nations along with a growing sense of unity and a need to become independent from the British colonial government.

Independence was achieved without bloodshed. Julius Nyerere was elected president of the Tanganyika African Association, later renamed the Tanganyika African National Union (TANU), in 1953. African officials elected to TANU in 1958 and 1959 constituted the administration for internal self-government in May 1961. On 9 December 1961, Tanganyika was proclaimed an independent nation.

In 1963, Zanzibar was granted independence from Great Britain, and in 1964 an Act of Union was signed between Tanganyika and Zanzibar to form the United Republic of Tanzania.

National Identity.The national identity is influenced by several factors. One of the most important integrating forces is the use of the national lingua franca—Swahili, a language spoken and revered by nearly all Tanzanians. Swahili is a compulsory subject in schools, and some 83 percent of the population are literate.

Equally important, of course, is Tanganyika’s independence and subsequent unification with Zanzibar to form the United Republic. Perhaps the most important influence on a sense of national identity was the development of Tanzanian socialism. The creation of Nyerere, Tanzanian socialism was codified in the Arusha Declaration of 1967.

Both the symbolic and practical cornerstone of Tanzanian socialism wasujamaa, a Swahili word meaning “family” or “familyhood.” The core structure ofujamaais the traditional extended family and clan structure of most ethnic groups, which provides a framework for mutual assistance and cooperation.

It was believed this structure would provide the foundation for socialist production. In practice, the forced resettlement of rural populations intoujamaavillages was met with great local opposition, and Tanzanian socialism has largely proven to be an economic failure.

The concept ofujamaaand mutual assistance, however, did infiltrate the national ethos; they are represented, for example, in elaborate ebony carvings of intertwined figures, standing upon or grasping one another in expression of mutual support and social collectivity.

National resources also contribute to a sense of national identity. For example, at 19,340 feet (5,895 meters), Mount Kilimanjaro is the highest point on the African continent. T

his beautiful, now quiet volcano is located near Arusha, the major tourist city in the nation. Wildlife safaris to the Serengeti Plain and the world’s largest caldera, Ngorongoro Crater, are initiated from this city.

Few Tanzanians, however, are wealthy enough to afford such luxuries, and many never see the wildlife Westerners associate so closely with Africa.

Finally, Lake Victoria, the second largest freshwater lake in the world and source of the Nile, is an important symbolic and natural resource—although it is shared with Uganda and Kenya.

These include Khoisan, or “click”speaking hunter-gatherers, Nilotic-speaking pastoralists (such as the Maasai), Cushitic speakers, and Bantu speakers; the latter predominate in terms of population size. The largest ethnic groups include the Sukuma (over three million), and the Chagga, Haya, and Nyamwezi (over one million each).

Despite the tremendous cultural and linguistic diversity among Tanzanians, ethnic groups are united by the use of a common language—Swahili—and a sense of national identity. The growing number of refugees (from neighboring Rwanda, Burundi, and Uganda in particular) do not appear to have caused serious ethnic tensions, but they have become a serious strain on the economy and the local environment.