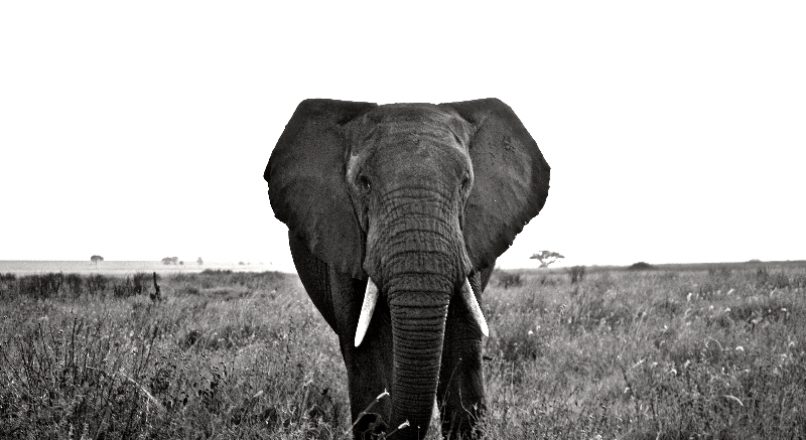 Tarangire National Park has some of the highest population density of elephants as compared to anywhere in Tanzania, and its sparse vegetation, strewn with baobab and acacia trees, makes it a beautiful and distinctive location to visit.

Located just a few hours drive from the town of Arusha, Tarangire is a popular stop for people travelling through the northern safari circuit on their way to Ngorongoro and the Serengeti. The park extends into two game controlled areas and the wildlife is allowed to move freely throughout.

Before the rains, droves of gazelles, wildebeests, zebras, and giraffes migrate to Tarangire National Park’s scrub plains where the last grazing land still remains. Tarangire offers an unparalleled game viewing, and during the dry season elephants abound. Families of the pachyderms play around the ancient trunks of baobab trees and strip acacia bark from the thorn trees for their afternoon meal. Breathtaking views of the Maasai Steppe and the mountains in the south make a stopover at Tarangire a memorable experience. 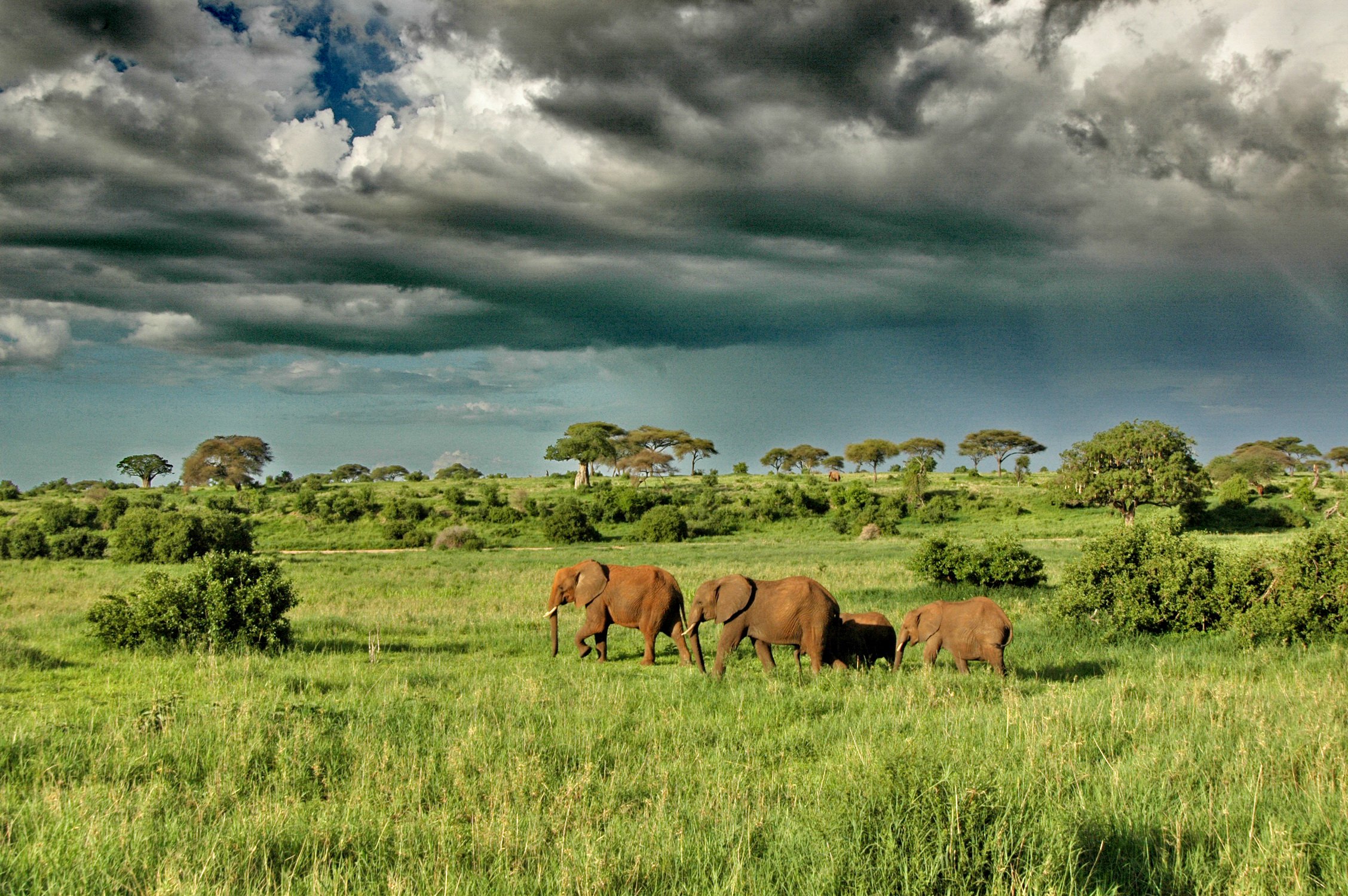 Herds of up to 300 elephants scratch the dry river bed for underground streams, while migratory wildebeest, zebra, buffalo, impala, gazelle, hartebeest and eland crowd the shrinking lagoons. It’s the greatest concentration of wildlife outside the Serengeti ecosystem – a smorgasbord for predators – and the one place in Tanzania where dry-country antelope such as the stately fringe-eared oryx and peculiar long-necked gerenuk are regularly observed.

During the rainy season, the seasonal visitors scatter over a 20,000 sq km (12,500 sq miles) range until they exhaust the green plains and the river calls once more. But Tarangire’s mobs of elephant are easily encountered, wet or dry. The swamps, tinged green year round, are the focus for 550 bird varieties, the most breeding species in one habitat anywhere in the world.

On drier ground you find the Kori bustard, the heaviest flying bird; the stocking-thighed ostrich, the world’s largest bird; and small parties of ground hornbills blustering like turkeys.

More ardent bird-lovers might keep an eye open for screeching flocks of the dazzlingly colourful yellow-collared lovebird, and the somewhat drabber rufous-tailed weaver and ashy starling – all endemic to the dry savannah of north-central Tanzania.

Disused termite mounds are often frequented by colonies of the endearing dwarf mongoose, and pairs of red-and-yellow barbet, which draw attention to themselves by their loud, clockwork-like duetting. 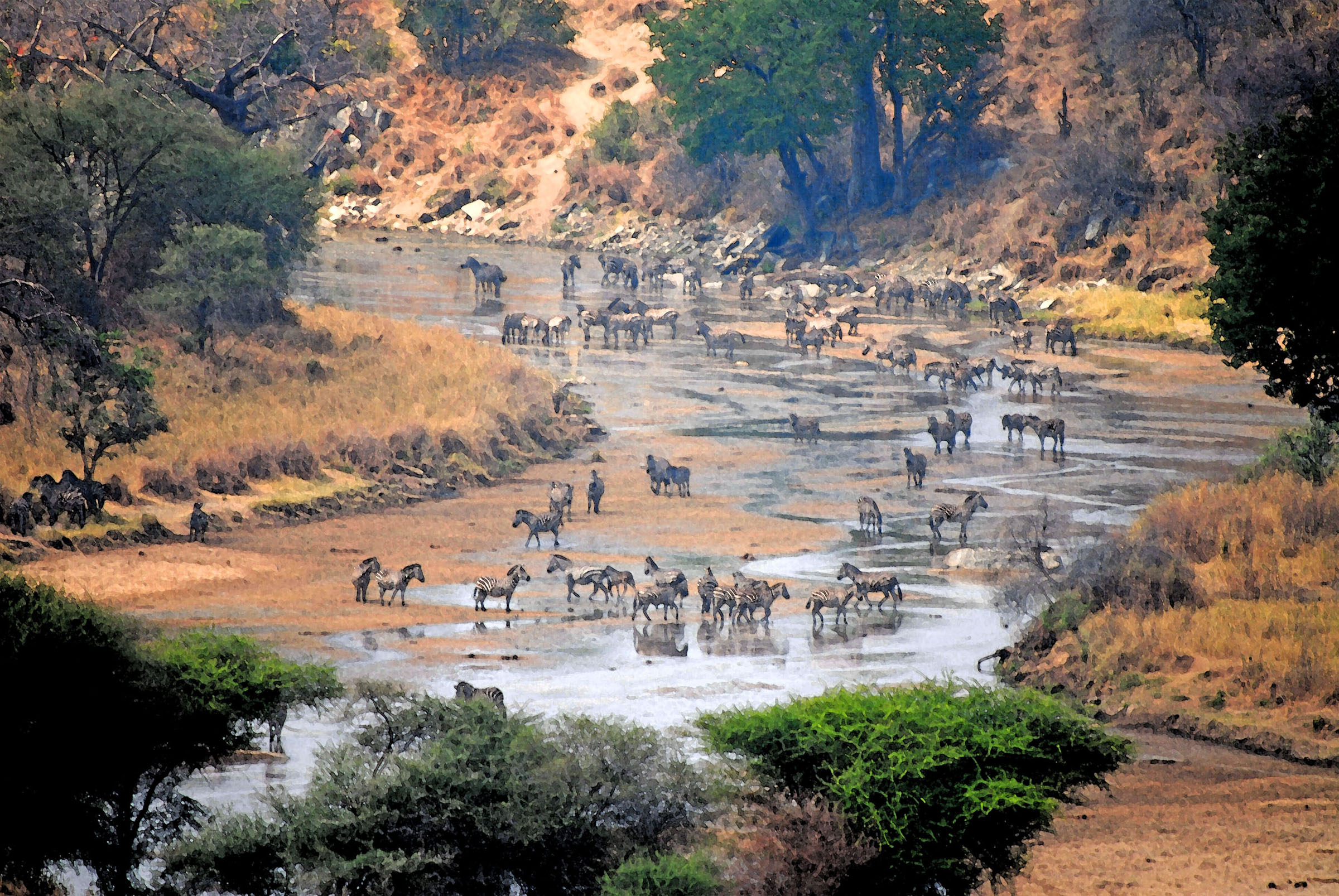 Tarangire’s pythons climb trees, as do its lions and leopards, lounging in the branches where the fruit of the sausage tree disguises the twitch of a tail.

What to do
– Guided Walking safaris.
– Day trips to Maasai and Barabaig villages, as well as to the hundreds of ancient rock paintings in the vicinity of Kolo on the Dodoma Road.

Accommodation
Two lodges, one tented lodge, two luxury tented camps inside the park, another half-dozen exclusive lodges and tented camps immediately outside its borders.
Several camp sites in and around the park.