Where to go in Africa in January

Home/ Africa Travel Guide / Where to go in Africa in January 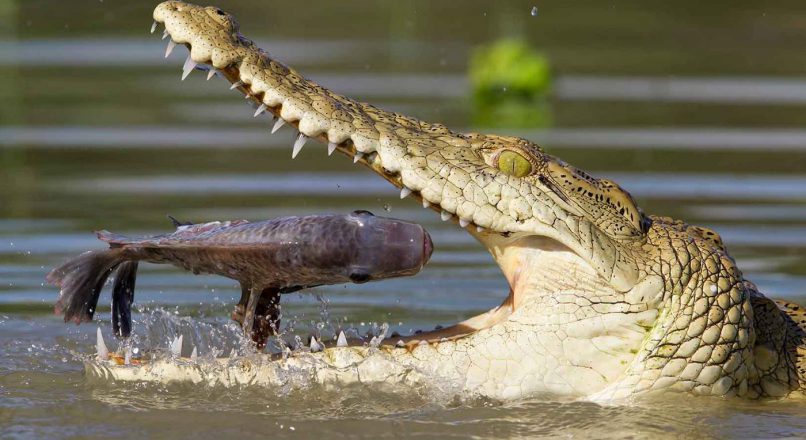 Where to go in Africa in January

South of the equator, January is midsummer. If you’re planning to come to Africa at this time, you might hear things like: it’ll be hot, it’ll be wet, the wildlife is as widely dispersed as the abundant surface water (instead of conveniently concentrated around waterholes), and some lodges and camps are closed for the ‘off’ season.

I recommend you ignore these negatives: January is a magnificent month in Africa and many regions are wearing their seasonal finery. In several cases, it can be argued, January is the best time to visit certain safari and beach destinations – wildlife migrations are in full swing and the beaches are hot and dry. You also benefit from lower rates, more space to yourself and, for the most part, dry and sunny weather.

And with the month’s top experiences ranging from gorilla trekking and game viewing to scuba diving and wine tasting, it’s clear that you’re not missing out on anything by visiting Africa at this time – the only remaining question is where to go. Here are five destinations that are at their best in January.

Go gorilla trekking in Bwindi in, say, April or November and you’ll discover why the rainforests are so named. But January sits in a short dry spell – prime time to embark on what many consider one of nature’s great bucket list experiences: a face-to-face encounter with mountain gorillas in their natural habitat.

That’s not to say it’s going to be bone-dry. Bwindi’s equatorial location and average temperatures (stuck in the mid-twenties Celsius and mid-seventies Farenheit) means tropical conditions whatever the month, but January’s drier days make trekking through the forest much easier, especially when the way ahead is lit up by great shafts of sunlight, pouring in from an arboreal vaulted ceiling. Butterflies dance in shimmering clouds in forest clearings. Back at camp, the sunnier weather means you can enjoy walks to local villages and volcanoes – and the scenery is simply stunning.

South Africa’s summer playground groans under the weight of visitors in festive December and its New Year aftermath. But once the revellers have left, the Western Cape gears down as the summer heat builds up.

Cape Town, the Cape Winelands and the Garden Route make great mix-and-match destinations for a January holiday in Africa. The weather is close to perfect and the emphasis is on being outside. Hiring a car makes things easy and gives families and couples the freedom to explore at their own pace.

Start off with Cape Town and summer treats like Kirstenbosch Gardens concerts and sunset drinks on Table Mountain before discovering the Cape Winelands, where whitewashed kitchens serve from-the-garden lunches under oak trees, and wine tastings are held in the coolness of underground cellars. Further afield, the long beaches and warm water of the Indian Ocean’s Garden Route will appeal to families while discreet forest lodges and cliff-top villas make it perfect for couples too.

Predators have been tracking the annual Masai Mara/Serengeti migration for millennia; humans may have traded their spears and rifles for cameras and camcorders but the heaving, chaotic event – over a million wildebeest, antelope and zebra on the hoof – thunders on regardless.

In January, the heat is definitely on in the plains of the Southern Serengeti where about eight thousand wildebeest calves are born each day. If recent rains produced good grazing, the animals feed frenziedly to carry them through to the next stage of the Great Migration.

Needless to say, the herds are under constant attack from the Serengeti’s fearsome predators. Big cats take the lion’s share – pardon the pun – but hit-and-run jackals and packs of wild dog and hyena add to the drama. If you’ve ever wanted to see tooth and claw in grisly action – the Southern Serengeti in January is one of your best opportunities.

January lies firmly in the clutch of Botswana’s rainy season; the massed elephant herds on the Chobe River have dispersed, dry-season waterholes lie abandoned. Further south, in the Kalahari however, the rains have transformed the red thorny scrub into a teeming green wonderland. Shallow lakes attract flocks of flamingos; big cats stalk herds of jumpy springbok mothers and their lambs; and the air whizzes and hisses with swooping birds, drawn to insect swarms and wild fires.

It’s the Kalahari at its best and it’s not even that wet: the average rainfall for January in the Kalahari town of Ghanzi is 104mm. And it falls, on average, over a meagre nine days. You won’t need an umbrella – in fact, you may not even see rain. Bird watchers will be stunned at the diversity of the Kalahari’s birdlife while wildlife photographers will be delighted by the imagery afforded by one of the Kalahari’s best-kept secrets – the summer zebra migration. 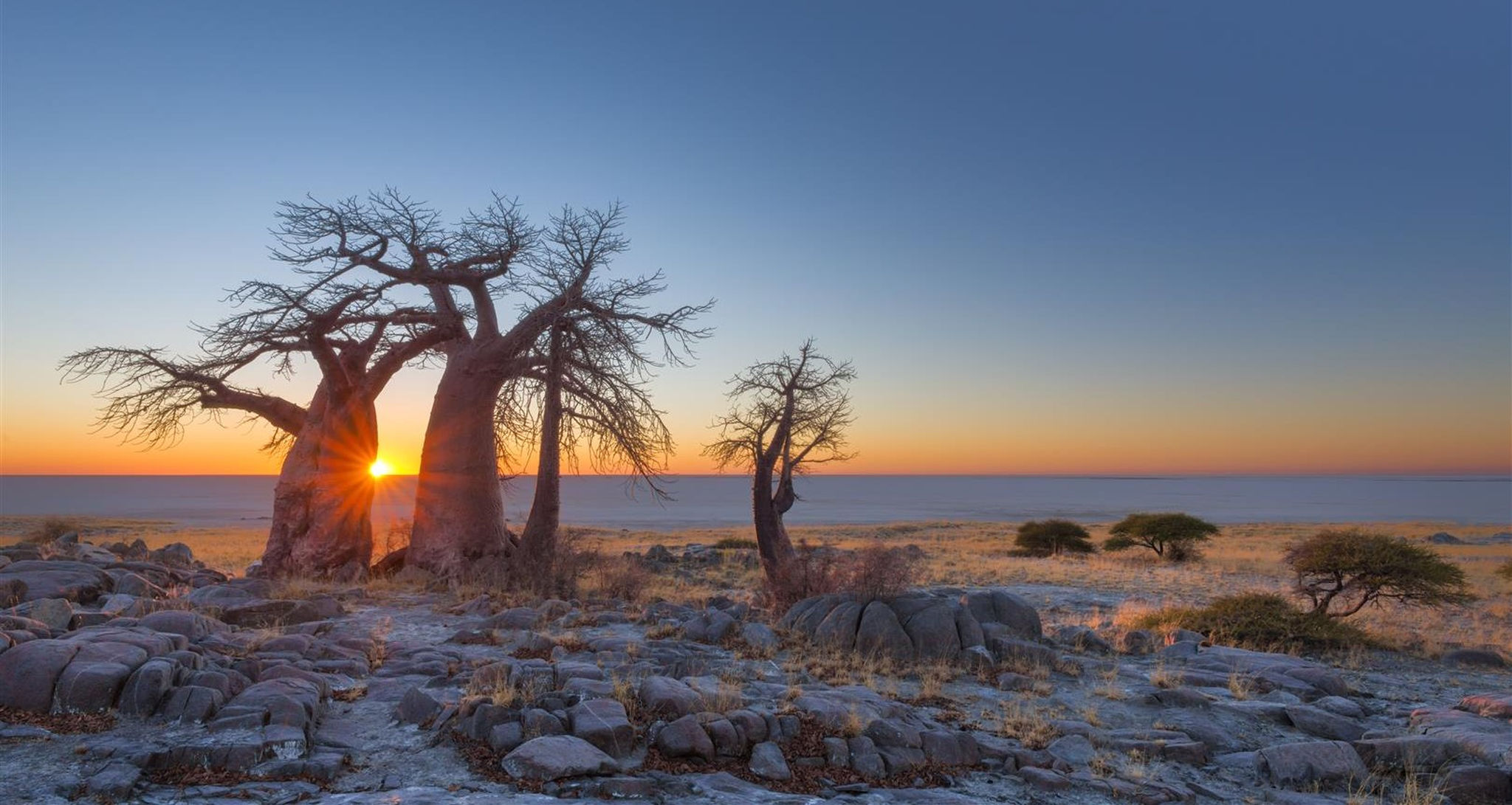 If the view from your window is of a cold and soggy January day, consider the fact that on East Africa’s balmy Indian Ocean coast, the water and air temperature is nearly the same: a comfortable 25 degrees Celsius (77 Farenheit). In the Quirimbas, January typically has brief intense showers that intersperse the heat of the long sunny days, while in Zanzibar, the year’s first month averages a total of five rainy days.

If you’re into big game fishing, it’s the sailfish and marlin season; if you prefer to be underwater, it’s a good time for scuba diving and snorkelling – head for Zanzibar and its outlying islands, such as Mnemba, Mafia and Pemba, for epic reef diving. If you plan to dive off the main island, keep south for the best conditions.

The Quirimbas is also fantastic for diving as the conditions are nearly always ideal. It’s a perfect laid-back beach destination: enjoy dhow cruises at sunset, visit Ibo Island to see old Portuguese villas and an historic fort, spend a few lazy afternoons relaxing on the white-sand beaches soaking up the sun, and toast to a seafood barbeque in the evenings.