Where to go in Africa in June

Home/ Africa Travel Guide / Where to go in Africa in June 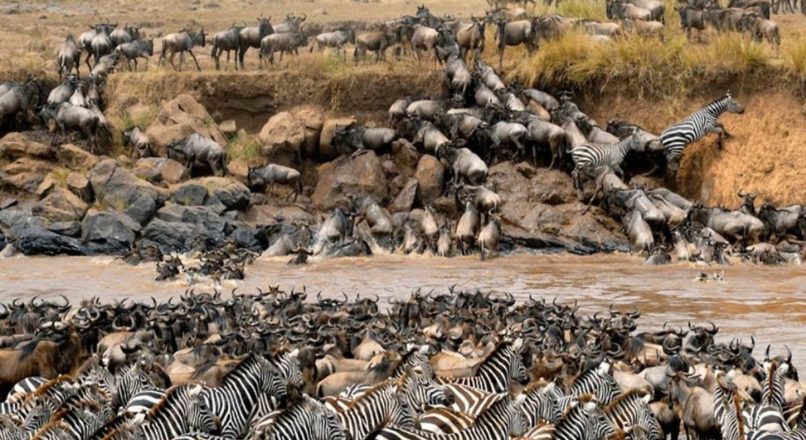 Where to go in Africa in June

Southern Africa’s best wildlife destinations lie under clear skies in June. Its frosty nights and chilly mornings take some visitors by surprise (bring warm clothes and dress in layers for game drives!) but in Southern Africa there’s very little rain between June and October, except along the coast around Cape Town and the Garden Route. Less rain and water means that wildlife concentrate around the last remaining rivers and waterholes, making animals easier to locate.

You can go on safari anywhere from South Africa’s Kruger to Zambia’s South Luangwa and Zimbabwe’s Hwange: expect excellent game viewing in comfortable conditions. Days are short so there’s no need to get up very early for the morning game drive, and the rainy-season mosquitoes and bugs have largely disappeared. Vegetation is sparse and thin, making animals easier to spot, and peak-season crowds are still a month or so away.

But it is in East Africa where things become very interesting in June. Some of Africa’s most sought-after wildlife events put their best attractions on display. This is a great time to combine an East African game safari in Kenya or Tanzania with either gorilla trekking (Rwanda, Uganda or Congo) or an island getaway to Zanzibar, just off the coast of Tanzania.

As a nature-obsessed child, I longed to travel to the great equatorial rainforests. When I finally got there as an adult, all I wanted to do was get out! I foolishly travelled in the wet season, which meant constant downpours and permanent damp. Not so in June – it is one of the driest months in Africa’s equitorial rainforests, making it a great time to go gorilla trekking.

In June, Uganda’s rainfall is a fifth of what it was back in March; in Rwanda it’s down to around 10 percent of March and April levels, with a similar dropoff of rainfall in Congo between May and June. There will be some rain but it won’t feel like you are taking a day-long shower with rubber boots and a poncho on. With easier trekking conditions and more sunlight for photography, June is made for gorilla trekking. In fact, your hardest task will be choosing a destination.

Uganda’s gorilla trekking safaris are usually a longer itinerary combining well with game viewing and chimpanzee trekking in other reserves. Rwanda offers the option of doing a quick fly-in to Kigali, transfer to the Volcanoes National Park a few hours away, and trek into the forest after breakfast the next morning. As one of Africa’s newest and most exciting destinations, Congo-Brazzaville allows intrepid travellers and gorilla trekkers to experience a truly wild and unspoilt Africa.

From about June the migrating wildebeest herds arrive in the northern Serengeti, digging in on the banks of the Grumeti River, peering at the silent water.

Fresh grazing lies on the other side… and the wildebeest are hungry after their trek from the south. When the tension breaks, they begin crossing, in ones and twos before the storm breaks and the herds pile across en masse. What follows next is Nature at her most bittersweet.

Up to five metres (16 feet) long and weighing between 300 (660) and 900kg (2 000lb), the Nile crocodile is one of Africa’s apex predators. Its form unchanged since the time of the dinosaurs, this huge reptile is armed with over 60 dagger-like teeth and its bite is one of the most powerful in the animal kingdom. Exploding out of the water like an armoured missile, crocodiles grab the paddling wildebeest in a spectacular display of nature at its most raw and authentic.

Although considered one of the highlights of the Wildebeest Migration, watching river crossings can be emotionally wrenching.

In life there’s always a ‘but’. Here it is: the Serengeti river crossings are sensationally dramatic but you will have to share the experience. It is one of the most eagerly anticipated episodes in the Wildebeest Migration (not least by the crocodiles) and well-sited positions on riverbanks are lined with game-drive vehicles.

Across the border in Kenya’s Masai Mara things are decidedly quiet when it comes to 2-legged visitors (everyone is in the Serengeti) but there is still plenty of resident game to see. After crossing the Grumeti and Mara Rivers, the wildebeest herds will only arrive in the Masai Mara in roughly August, but the Mara is gearing up for their return: grass grows tall while predators sharpen their stalking skills. Elephant, giraffe and buffalo remain in the area all year, and the reserve’s big cats are plentiful and easy to locate at this time of year.

June is cooler and drier than the previous few months so you will enjoy more comfortable conditions and a wider choice of accommodation than in August or September (when the massively sought-after Wildebeest Migration arrives). Choose between the can’t-go-wrong Masai Mara National Reserve itself or head for one of the many private conservancies neighbouring it for a more exclusive safari and non-reserve activities, like night drives and guided walks.

It is a destination made most famous for its beaches. Some of East Africa’s finest lie on Zanzibar and are easily accessed from family-friendly resorts, honeymoon hideaways and boutique lodges. And if your interest in oceans extends to what happens underwater, then Zanzibar is home to several top dive spots. In June, the island’s northern reefs offer the best diving and snorkelling conditions.