Where to go in Africa in September

Home/ Africa Travel Guide / Where to go in Africa in September 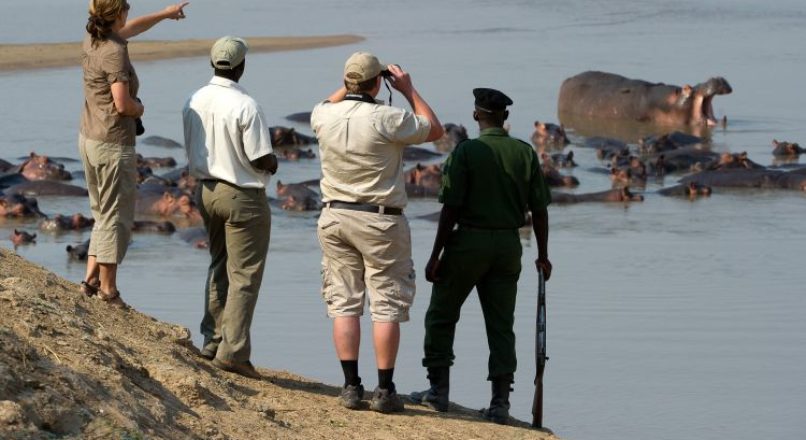 Where to go in Africa in September

September in Africa see temperatures climbing steadily and many safari destinations across the continent rapidly approaching their annual best. In Southern Africa, winter’s crisp conditions are replaced by perfect ‘not-too-hot-not-too-cold’ weather. Safaris to Namibia and Botswana are very rewarding in September.

Waterholes and riverbanks are crowded with animals and destinations such as Etosha National Park and the Chobe River deliver can’t-get-closer sightings of elephants. You also see plenty of alert swivel-eared antelope at the water’s edge: these large concentrations of game attract predators and your chances of seeing big cats and wild dogs in action are high.

It’s September in Cape Town and a massive off-shore migration is at its peak. Southern right whales have arrived from Antarctica, ready to mate and rest in the Western Cape’s waters. The city’s surrounding bays are studded with giant tails and the occasional explosion of a breeching male. Whales can be seen all along the coast from Cape Town to the Eastern Cape, though the most reliable sightings are enjoyed on the Whale Coast and the world’s shore-based whale-watching capital, Hermanus.

In a burst of colour, the Cape’s wild flowers begin to bloom in abundance, adding dashes of colour to the soft, green landscape. September is a great time to discover hidden gems on South Africa’s West Coast as well as the aptly named Garden Route. And, if you’re touring this famous route, you may as well carry on into the Eastern Cape where you’ll find private game reserves bursting with elephant, lion and kudu in fields of spring flowers, framed by mountainous backdrops.

Take the hassle out of arranging your own itinerary and enjoy the freedom of a self-drive tour: the Cape, Winelands, Whale Coast & Karoo Journey blends the Cape Winelands and the Whale Coast with a Big 5 safari and Bushmans Kloof; the Romantic Cape, Winelands & Whale Coast Holiday winds its way from Cape Town to the Garden Route, supporting local communities and conservation projects along the way.

Shaking themselves dry from the river crossings, the migrating wildebeest fan out over the Masai Mara’s green pastures. Free from the dangers of croc-infested rivers, they now have to look out for the Mara’s big cats, which have been eagerly awaiting their return. This is where the wildebeest remain for a couple of months, grazing greedily before the journey back to the Serengeti.

Choosing which area in the Masai Mara to visit will influence your safari experience. The national reserve is busiest during the Wildebeest Migration (from about July to November) and most of the area’s camps and lodges cater for large numbers of guests. The concessions to the north offer more privacy at luxury tented camps and special activities like walking safaris. The Mara’s eastern region is nearest to Nairobi and the accommodation is more geared towards scheduled tour groups.

With the last of the wildebeest checking out of the Serengeti by September, safari travellers to Tanzania could switch to the country’s lesser known but equally impressive reserves. Tarangire, Ruaha and Katavi National Parks aren’t household names but they deliver superb game viewing and are at their most rewarding in September.

Tarangire lies conveniently near Lake Manyara and the Ngorongoro Crater, making a great combination with the two more famous destinations. Dry-season animal concentrations on the Tarangire River are among the highest in Tanzania and the park has a reputation for excellent elephant sightings.

Katavi National Park sees just a handful of visitors each year but has great concentrations of buffalo, elephant, hippo, crocodile and lion in and around its rivers. This abundance is mirrored at Ruaha National Park whose strikingly rugged landscape is home to Tanzania’s largest elephant herds, all the big cats, rare wild dogs and nearly 500 recorded bird species.

If you’re based in the northern hemisphere, then September brings the prospect of winter, and it’s time for one last burst of sun, sea and sand. Down here in the south, September sees the tropical islands of the Indian Ocean purr like cats on a sunny window ledge. It’s one of the driest months for the Seychelles, Mauritius and the Mozambican Bazaruto and Quirimbas archipelagos, and daytime temperatures don’t dip very much below 28 C/83 F. If you’re a scuba diver or snorkeller, September is one of the best clear-water months in both the Seychelles and Mozambique.

With its exciting mix of top-notch resorts, golf courses, diving lodges and honeymoon hideaways, Mauritius is the quintessential got-it-all island destination. The Seychelles offers private islands, unspoiled reefs and one-of-a-kind accommodation, and, since it’s accessible by air from Nairobi, the Seychelles is easy to add onto a Masai Mara Migration safari.

As for Mozambique, the far northern Quirimbas make a easy combination with a Tanzania safari (fly in from Dar es Salaam) while the southern Bazaruto Archipelago connects with South Africa’s Kruger National Park for a classic beach-and-bush holiday.